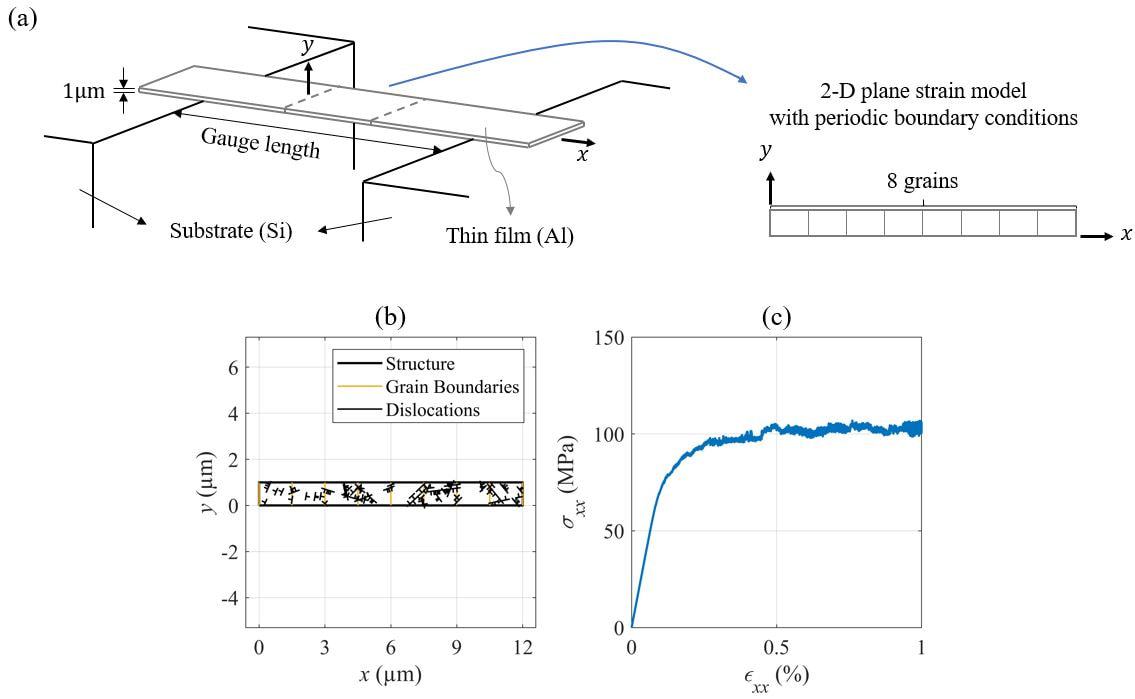 Testing of freestanding thin films has historically been challenging due to the inherent difficulties associated with handling and gripping of the samples. If an indenter is used in reverse way, it is possible to grip and tension the specimen. However, the film is very thin, so there is a high possibility of buckling. We performed a buckling analysis of the specimen using the finite element method. Based on the results of buckling analysis, a surrogate model was generated and the design of the specimen was optimized to maximize the buckling load. 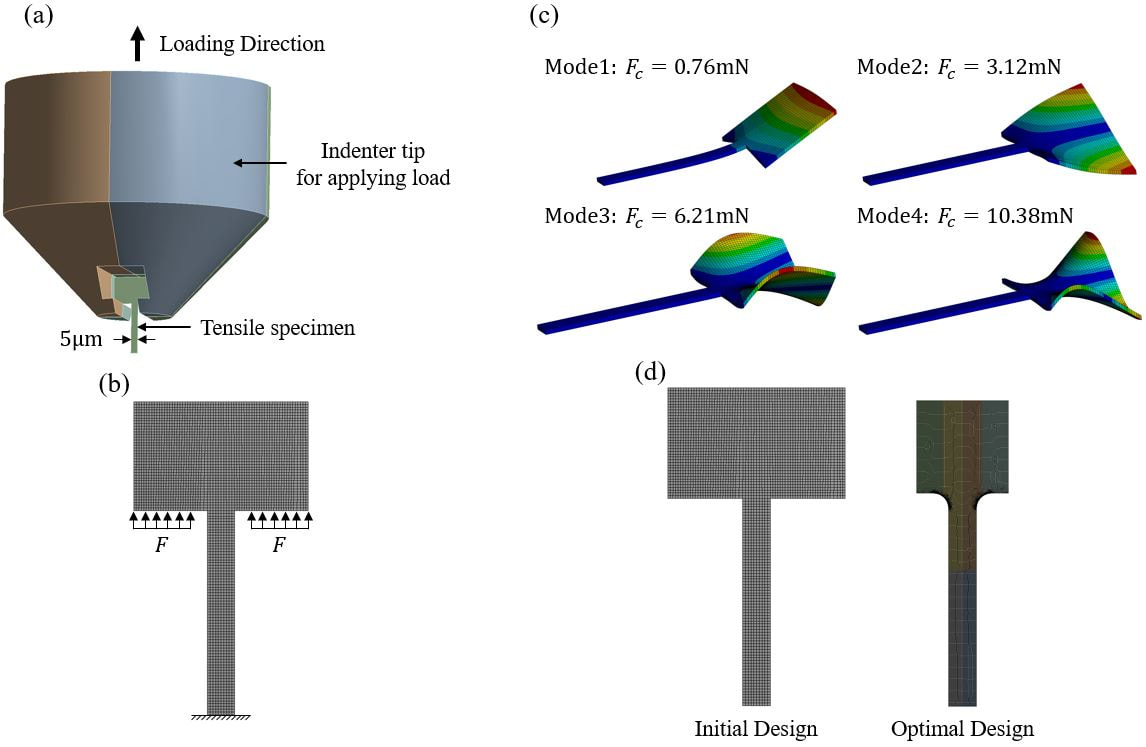 ​(a) A tensile bar with a gripper, (b) Finite element model, (c) Buckling modes of the tensile bar, and (c) Optimization of the specimen to enlarge buckling load.
Powered by